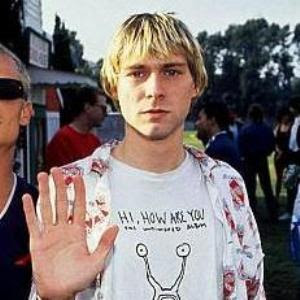 It has been fifteen years since the talented frontman of Nirvana Kurt Cobain took his life. CNN has a story on how his music is still touching young people. Pretty good considering radio ingnored Nirvana when they first burst on the scene. If you look at Billboards Airplay charts from that time, "Smells Like Teen Spirit" was around 63, while sales had it number one.
Radio at the time was pushing light AC, country and talk as the hot formats. CHR and AOR were dying out. Both formats were ignoring Nirvana, even though they fit them perfectly. To make matters worst, most cities didn't have "alternative rock" or "modern rock" stations at the time. When Cobain took his life in 1994, the big star of the radio industry Rush Limbaugh made disrespectful comments about Cobain. Since that time radio has lost the younger generation.
So that is why I find it great that 15 years later Cobain is still remembered while radio fights for its existence. I also find it appropriate that Limbaugh got his large ass handed to him by a conservative Marine on his show. Here is a report from MSNBC's Countdown. I disagree with the guy on one thing though, I believe that Rush Limbaugh should be tortured for what he said 15 years ago about Kurt Cobain, but it is opinoins like that make me the SUPER VILLAIN OF THE OZARKS!!! Mwu-HAHAHAHAHAHA!!!
Posted by Desdinova at 5:13 AM