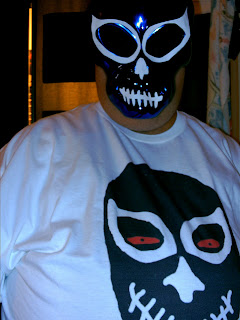 That is me in one of my Desdinova-Super Villain of the Ozarks t-shirts you can get from Zazzle. If you are wondering, I am trying desperately to lose weight.
Posted by Desdinova at 3:30 AM

THE DEVIL MAKES OZARKERS BE CHEAP 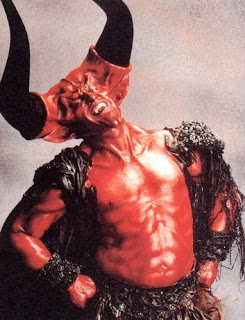 I've talked to several restaurant servers and coffee braristas in Springfield, who are complaining about a self-righteous and mean spirited (no pun intended) trend. There are some Ozarkers are not leaving their servers a monetary tip. Instead they are leaving religious tracks.
A few years ago, there was a report that came out saying that Springfield, Missouri was in the Top Ten of the worst tipping cities. These people work hard for very little money. They depend on tips to get by.
Also, Jesus would not approve of your greed, you Pharisees. Of course, opinions like this are why I'm the Super-Villain of the Ozarks!!! Mwu-HAHAHAHAHAHAHAHA!!!
Posted by Desdinova at 12:28 AM

THE YOUNGER GENERATION OF MEN WORRY ME

﻿I never thought I would say this, I’m worried about our country’s future when I see some of the local young people.

I frequent a popular chain restaurant, which is a favorite of people in their late teens and early twenties. The young women don’t bother me very much. Matter of fact most of them seem like fun. It is the young men. They are goobers.

First off, why are they going out in Carhartt overalls? Those are what you wear when you are working, not when you are out cruising for babes. They also have beards like Mennonites or Amish men. What is up with that? They also all have John Deere caps. Do these people want to be farmers?

These guys don’t seem to be paying attention to the ladies around them. They are watching whatever Fox Sports or ESPN on the ten or so large screen TVs, or they playing Golden Tee. I’m afraid these guys are the same kind of idiots who would prefer Sarah Palin over Paris Hilton.

These boys have no taste in music. They seem to love to play a horrible song called “Chicken Fried” on the Touch Tones juke box. This has to be the worst song ever written. If they aren’t playing that song, it is Darrell Worrley, Toby Keith, Blake Shelton or Tim McGraw. I get so disgusted hearing this garbage, that I have to pump several dollars into the juke box so I can hear some music I like. Why can’t these guys like Van Halen, Sex Pistols, Nirvana and Ozzy like I did when I was their age?

These stupid young guys also are fans of talk radio. As you all know I hate talk radio with a passion. I even hate that more than country music. These guys are like most of the sleeze bag, talk radio host they label anything they don’t like as “socialism.” Everything from Obama’s health care reform and gun control to Espresso and Twilight gets called “socialism” by these intellectually challenged doofuses.

I'm not sure what caused these kids to be this way. The only thing I can think of is the crazy parents who home schooled their kids in the 90's. I'm sure some Ozarkers want young people to be this way. I DON'T! I WANT THEM TO BE LIKE ME! All I know is I fear these guys will be running things in a few years. Hopefully, I can take over the world before then. Mwu-HAHAHAHAHAHA!!
Posted by Desdinova at 12:20 AM 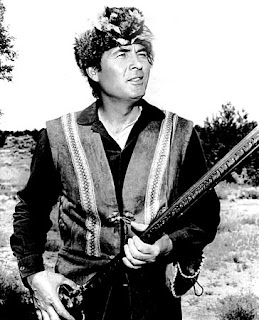 Actor Fess Parker died today at age 85. Here is the AP/Yahoo! story. Most stories are focusing on his role as Davy Crockett. I'm a Generation Xer, so my memory of Fess Parker was from the reruns of Daniel Boone that KOLR ran in the afternoon when I was very small. I remember getting a coonskin cap on vacation because Daniel Boone had one. By playing both Davy Crockett and Daniel Boone, Parker caused the same sort of pop culture confusion that Buster Crabbe did when he played Flash Gordon and Buck Rogers.
There are ways to tell the characters apart (The above photo was labeled as "Davy Crockett" but it is a "Daniel Boone" photo).

Davy Crockett's coonskin had was all grey fur, while Daniel Boone's hat was a mix of colors and had an raccoon head still attached.

I hope this was some help.
Posted by Desdinova at 10:21 PM

THIS REMINDS ME OF MY SIXTH GRADE TEACHER

This story comes from WLOS ABC 13 - Top Stories in Asheville, North Carolina. A sixth grade girl's teacher has been writing "loser" on her papers. The sad thing is the other student's parents are condoning this.

This story bothers me because my sixth grade teacher treated me the same way. He ridiculed and made fun of me in front of the class. He also refused give me any kind of help with the math assignments (which were out of a HIGH SCHOOL MATH BOOK, not a sixth grade one). If I asked for help, he would reply, "Are you stupid? Maybe you shouldn't be in the sixth grade? Maybe you should be in the special ed class?"

Most teachers are not like this. The problem is there are people who condone this type of behavior from a teacher. Most of these people are over seventy years old. They feel teachers should be hard on kids, because their teachers treated them that way. They also are advocates of corporal punishment. These scumbags think that being mean to a child makes them a better person.

I hope Enka Middle School will terminate this Rex Roland for doing this to this poor little girl. The sad part of this is, he may be so popular in the community that he will get elected to city council and tell the GM of the local radio station to fire a former student that works at the radio station.