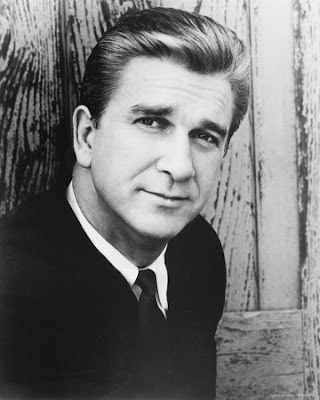 Actor Leslie Nielsen has died at age 84. Here is his obit from The Wrap. I wonder if they will put Bracken's World: the Complete Series on DVD, like they did Police Squad!

Trivia that links Ingrid Pitt and Leslie Nielsen? Christopher Lee, who co-starred with Pitt in the House That Dripped Blood and The Wicker Man, turned down the Dr. Rumack role in Airplane! The reason was he didn't want to be called Shirley.
Posted by Desdinova at 10:28 PM 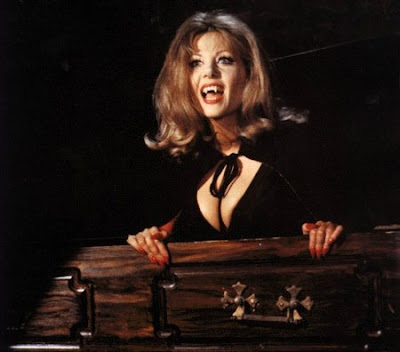 She was one of the sexiest female vampires in movie history. Buxom Hammer Horror film icon Ingrid Pitt died this week at age 73. The Baltimore Sun has her obituary. Her life story would make a great movie. Unlike the women she played in movies, she died without a stake through the heart. Rest in peace Ingird.

Note: Ingrid Pitt is no relation to local boy turned movie star Brad Pitt. Just wanted to make sure you knew that.
Posted by Desdinova at 9:01 PM

While I'm on this subject, you hear some Ozarkers complain about Gannett run News Leader and how it isn't as good as the old Springfield Leader & Press. One idiotic complaint you see from some of the racist who write Letters to the Editor (and was addressed quite a bit by Brian Lewis when he was at the News Leader) is that the News Leader puts too many photos of African-Americans and gay people on the front page.
I guess they want to go back to 1960, when the Leader & Press thought it was funny to make fun of a little girl with bruised and blacked eyes. This is not funny, it is disgusting and looks painful. Of course, Ozarkers enjoy seeing pain inflicted on children. They also were happy that this child was neither gay not African-American.
Posted by Desdinova at 5:28 AM

An Atlanta radio station Hot 107.9 stopped music Monday for a townhall forum on bullying. Usually, I'm against stopping music for election, sports or severe weather coverage. I believe updates and break-ins are more effective and don't upset as many music listeners. However, the bullying crisis in this country needs to be addressed. I've noticed that All Access has reported several CHR and urban stations are having these townhall forums on bullying.

I also notice that the talk radio industry in NOT talking about bullying. The reason is they are PRO-BULLYING. If you knew the truth, most talk radio host were probably bullies when they were in school. I'm sure that Dr. Laura called some girl in her class a "Skanky Lezzy" and no doubt Rush Limbaugh sat on some kid who was smaller than him. As much talk as there has been about anti-bullying laws, I'm sure it is only a matter of time before Mike Savage screams, "I hope all the little whiny bullying victims die of cancer!" and Glenn Beck will say, "I can't prove this but Adolph Hitler was against bullying and enacted an anti-bullying law. Good American children should not be punished for bullying the wimpy socialist classmates." (He'll turn on his fake tears at that point)

A commenter on the story from WGCL-TV about the Hot 107.9 anti-bullying townhall mentioned something that might also explain why the right-wing isn't interested in stopping bullying. The rise in bullying is a result of No Child Left Behind, which was designed to penalize, and ultimately, destroy the public school system. School suspensions rack up negative points on the Annual Yearly Progress Process. Schools sweep problems under the rug to avoid being penalized. Also many teachers complain that problem students, that used to be in special programs designed to deal with them, are merged into the classrooms with good students. These students are a constant problem for teachers that are trying to teach kids.

I know many public school teachers and they all agree that No Child Left Behind is one of the worst things to ever happened to public schools. It needs to be rescinded. 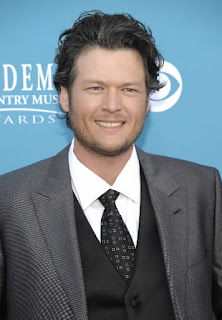 I can't believe this guy won CMA Male Vocalist of the Year. I never heard any of this guy's music until Tuesday night when I caught his performance on the Jimmy Kimmel Show. The only reason I saw that was because I was preparing to watch a DVD (KSPR and my DVD player are both on channel 4). As you readers know, I've been a hardcore David Letterman watcher since junior high.
This Blake Shelton guy screamed some horrible song called "Kiss My Redneck @$$" or something like that. It was one of those songs that the guys that beat me up in junior high would have liked. This kind of music spawns bullies. Sounded like it was written by that doofus that writes that Patriot's Pen column in the News Leader. I CAN'T BELIEVE ANYONE SANE PERSON WOULD LISTEN TO THAT!!! IT IS ALMOST AS BAD AS THAT CHICKEN FRIED SONG!!!
I notice that Shelton is from Ada, Oklahoma and the Oklahoman is promoting his appearance on the Jimmy Kimmel Show. If I was on Kimmel, Conan, or Letterman, The Lebanon Daily Record wouldn't even mention it. Instead they would run a front page story about a housewife who was in Vicki Hartzler's cooking class or a guy who dated Billy Long's sister.
Opinions, like these, are why I'm considered the Super Villain of the Ozarks!!! Mwu-HAHAHAHAHAHAHAHAHAHAHAHAHAHAHA!!!
Posted by Desdinova at 6:49 PM 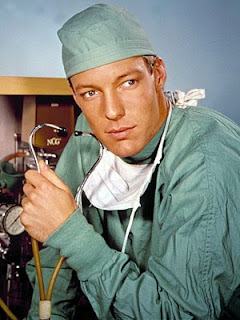 2010 has been a bad year for me. I tore a tendon in my leg during a fall on the ice in January. This went undetected thanks to my former doctor, who said the pain in my ankle was caused by "my excessive weight." (Notice I said he was my former doctor) I've also had bronchitis, kidney stones, a spider bite and was diagnosed as being a type 2 diabetic.

I have a question for doctors and patients alike. It is allegorical to the current state of radio industry and American politics. I thought of this while read several disheartening news stories on All Access today. This also has local ramifications.

If you were in charge of a hospital, who would you hire to take care of patients and perform surgery? Would you hire experienced specialist and surgeons? Would you hire young specialist and surgeons just out of medical school? Or would you place your patients in the care of people who are not educated in medicine, but other fields? These people would be plumbers, stock brokers, mortgage lenders, bankers, real estate agents and auctioneers. They would pay you to allow them to operate on patients (It would be an ego thing).

Would you also support one of these stock brokers, mortgage lenders, bankers, real estate agents or auctioneers if they want to be president of the American Medical Association, even though they don't know anything about medical science? They would be "outsiders" from the medical profession, but they are "business men."
After all, a plumber, stock broker, mortgage lender, banker, real estate agent or auctioneer may not have went to medical school, but they are "business men." They could probably do just as good operating on your prostrate or your brain tumor as someone who went to some big medical school in a big city somewhere. We all know that "business men" are so much smarter than teachers, firemen, policemen, judges, psychiatrist, social workers and media people, so they probably know more than some person who spent about ten years in college studying to be a doctor. Are you going to let them operate on you?
They'll probably cut your throat and let you bleed to death. That is what most "business men" do to us and our country anyway.
An opinion, like this one, is why I'm the Super-Villain of the Ozarks!!! Mwu-HAHAHAHAHAHAHAHAHAHA!!!
Posted by Desdinova at 9:55 PM