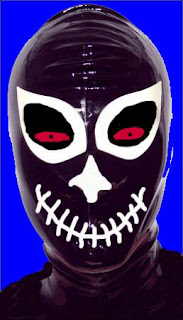 On this, the fifth anniversary of my starting this blog, I wish to announce that I will no longer be updating this blog. I will continue to post over at my new blog, The New Adventures of Desdinova the Super Villain of the Ozarks. Please continue to follow me by clicking on the link above and choose "follow." It has gotten too time consuming to try to post material to both blog sites.

I should also let some long time readers know that I deleted quite a few post. Why?
However, I left quite a few things because I felt, if you were offended by what I wrote, you probably deserve it. Much of what I have posted here is satire. It was just a fun way of looking at political opinions held by many here in the Ozarks. Many of those who complained were what I called "weenie bloggers" and talk radio host. They seemed to be a humorless group of people, who made themselves miserable because their extreme beliefs. I feel that life is too short to not be able to laugh at world around us. I also found it interesting that many of these bloggers and talk radio host, who hated me so much are no longer around. That was part of the reason I decided to change the blogs direction.


I thought this blog might lead to a job as a morning show host, but apparently that wasn't going to happen. The new blog is focused on things I can write about much more easily. There will probably be less animosity and violence advocated toward me. My hope is I can develop a radio show, preferably syndicated, that will be tied into the retro theme. Contrary to what some would tell you, I believe there is a need for that type of programming in many radio markets.

Posted by Desdinova at 2:45 AM

WHAT HAPPENED TO POKING FUN AT SQUARES? 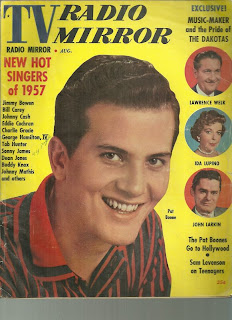 The New Adventures of Desdinova the Super Villain of the Ozarks: WHAT HAPPENED TO POKING FUN AT SQUARES?: Over time the portrayals of certain groups of people have changed over the years. You can see many horrible politically incorrect images i...
Posted by Desdinova at 1:42 AM