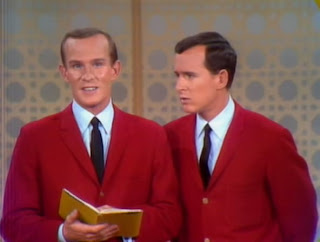 This comes from the Popeater.com.

Happy retirement guys! I'll take up your mantle and make fun of the idiots.
Posted by Desdinova at 10:41 PM

SOMETHING FUNNY ABOUT THESE "MARRIED" SPRINGFIELD BOYS 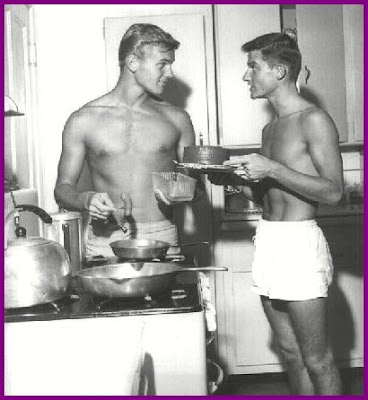 This post will probably upset most of Springfield, but I feel this needs to be brought out into the open. Some of the other bloggers, such as Busplunge and Fat Jack, have brought this up in various post and it always produces a flurry of negative comments from those on the right (Usually that little punk named Jeremy). I don't allow comments, so I feel safe. I have noticed, while eating at a pizza buffett here in town, that there are a great number of attractive women married to upwardly mobile men who are closeted gay.

I know what you people are going to do. You will start saying I'm an evil person for suggesting this, but I'm observing this more and more in our community. You will see a whole group of families at a restaurant. The children will be eating and playing. The mothers will be swapping "mommy talk." While all of this going on, these lovely ladies' husbands are winking at each other, between yelling at the kids and talking about sports. Before anyone says it is my imagination, I want to point out that, at some point, one of these "family" men will say to another one (in a high feminine voice) "This chocolate chip pizza is to dddiiiieee for!"

They have all the trappings of being the kind of men that talk radio show host and News Leader letter writers think everyone should be. They drive an Escalade plastered with a McCain-Palin sticker and a "Support the Troops" magnet. They are wearing T-shirts with religious theme or a sports team logo on them. However, these guys act like their wives are a just a person who came along for the ride. No hugging, kissing or hand holding. She is just a kid wrangler.

I firmly believe there is a secret network of conservative groups and churches in this community that fix successful, gay Republican men up with attractive "beards" looking for a meal-ticket. They may have connections to some national groups.

I've noticed several ways to tell if a guy is one of these closeted-gay-conservative-family-guys-married-to-an-attractive-woman.
1. They call sports talk radio and whine about how people making fun of Tim Tebow.
2. They cry along with Glenn Beck.
3. They can't get their Blue-Ray DVD of Avatar to work in their DVD player and blame "liberals in Hollywood" for this.
4. They trash poetry books by MSU professors on their blog.
5. They are offended by Katy Perry’s "I Kissed a Girl."
6. They won't bring their wife's fudge to the office cookie swap at Christmas because they fear being labeled a "fudge packer."
7. They talk about how they think Sarah Palin is more attractive than Paris Hilton. They also think Dr. Laura is more attractive than Kim Kardashian.
8. They have a phobia about pink toothbrushes.
9. They tell people their occupation is a venture capitalist.
10. They have referred to Scott Brown as a "hottie."

Personally, I think someone should just let these guys be gay. These attractive women could be better suited with a guy like me. It looks like someone could find me an attractive wife. I may not be a Republican, from a well-to-do family or have a successful business, but I AM HETEROSEXUAL.

Of course, opinions like these are why I'm considered the Super Villain of the Ozarks!!! Mwu-HAHAHAHAHAHAHAHAHA!!!
Posted by Desdinova at 1:09 AM 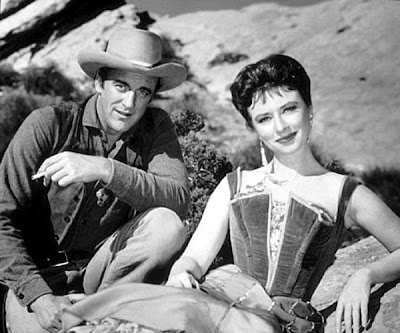 The producers of Law & Order wanted to last longer than Gunsmoke, but they wound up in a tie for 20 years each. Matt and Kitty look pleased to hear the news that Law & Order couldn't beat them. Here is the TVBR story and the AdAge story (which blames part of Law & Order's cancellation on Jay Leno's bad show). Only Bart Simpson and Dr. Who can out live Marshall Dillon.
Posted by Desdinova at 12:37 AM 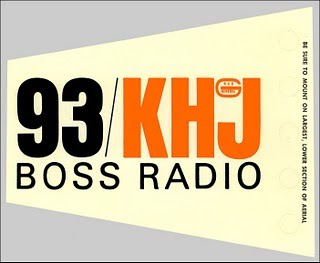 On May 5th, 1965, radio history was created with the birth of the greatest Top 40, NO, make that GREATEST RADIO STATION EVER! Ron Jacobs was part of the KHJ crew. On his blog, he has a memory from another member of the KHJ staff, Bill Mouzis. You can read it here.
Reading this makes me wonder (again) why radio people in this area hate the mention of KHJ.
As Bill Drake would say, "THE HITS JUST KEEP COMING!"
Posted by Desdinova at 8:08 PM

﻿I have come to the conclusion that concern for integrity is lacking in the local media. Part of this comes from the incident this last week involving the News Leader’s editorial page, the other from my own job experience.

I believe part of the problem is the obsession with amateur talent or outside participation. First of all, let’s clear the air on why this has suddenly become popular. It is not to give the common man a voice as much as it is to save money. Amateur talent in the newspaper editorial section or on
talk radio is cheaper than hiring a j-school grad or person with a media degree. Think for a minute how many byline reporters and columnist are no longer with the News Leader. Now the News Leader gives us garbage like the “Patriot’s Pen.”

I have trouble with this guy in the News Leader being called “a patriot.” I feel “patriot” is a title you have to earn after death. A true patriot would never consider him/herself a patriot. A person who dubs himself a patriot is usually a major douche bag.

The overall racist tone of the column was bad enough but the fact the News Leader defended this guy and his use of the term “colored” shows a lack of integrity by management. This is not the News Leader pandering to their redneck critics in the community rather than adhere to journalistic standards.

This leads me to a similar problem I faced in my job this week. A caller on one of the radio programs I produce began advocating violence toward Major League Baseball commissioner Bud Selig. I cut the caller off. It turns out the caller was a friend of the host. It was a rigged call to make it look like people actually agreed with the opinion expressed by the host. I’ve told my
supervisor I didn’t want to be associated with this kind of stuff as a shows producer. I feel very strongly about what my name is attached to. I may find there are repercussions to this decision, but contrary to what one former talk radio show host and his sycophantic fans would have you believe, I have morals and standards.

I feel we need to work on our integrity when it comes to the amateur commentators. There needs to be more gatekeeping by the local media, if we are going to allow people without any formal media training to "take over" our air waves and editorial pages. They should have to adhere to the same rules as the real media people or we will end up looking like the hillbillies people in the major markets think we are.

Of course, opinions like these are why I’m considered the Super-Villain of the Ozarks!!! Mwu- HAHAHAHAHAHAHAHAHA!!!

Posted by Desdinova at 4:28 AM