WHY DON'T YOU SAY THAT IN YOUR COMMERCIALS?

I've been planing to sound off on what I thought of the Republican candidates for the 7th district congressional seat. I've heard what they have had to say, on the Turner Report, the KY3 Political blog and those stupid commercials, and I question most of these individuals sanity. I especially don't like this sovereignty kick they are on. I know what Missouri would be like if the Supreme Court or White House couldn't overthrow the dumb ideas created by some of the people we sent to Jeff City.

With that said, I was in an awkward position today. One of the candidates was in my place of work (NO, not my secret underground laboratory beneath the Springfield's Park Central Square). He was appearing on one of the radio stations in the cluster and he needed some production work done. I was asked to help before he went on the air. As usual, I had to be on-air in a few moments and record two segments that were to run immediately.

This guy wasn't like most of the Republicans I've dealt with in my career or my life. He was incredibly polite and patient. He understood why I wasn't giving him immediate attention. I called on of my supervisor, who said he would be back to the radio station in a few moments. He said he could help this person. I should note this production involved a political ad and LOTS OF MONEY. I was not wanting to be responsible if I messed it up. Since neither I or the candidate had the time for the production, I told him that my supervisor would be back and could help him after his interview. He said that was fine with him.

I made the joke, "You might not want to work with me. I side with the opposing party." He just laughed and said, "Nothing wrong with that. There are some good and honest people who are Democrats. We just don't agree on issues."

THEN SAY IN YOUR COMMERCIALS THAT THERE ARE SOME GOOD AND HONEST DEMOCRATS! DON'T DEMONIZE US AS DESTROYING THE COUNTRY LIKE THE OTHER REPUBLICAN CANDIDATES!

I knew it wasn't long for this world when I made the Top 10 two weeks in a row.
Posted by Desdinova at 9:07 PM

RADIO IS OUT OF TOUCH WITH MODERN WOMEN

Last week, All Access reported on a study by the radio consulting firm of Alan Burns and Associates that focused on women's listening habits. The general message from this study was women are heavy radio listeners, yet they say most radio stations don't understand them. They don't know what they are like. I'VE BEEN SAYING THAT FOR THE PAST FEW YEARS!

They want more personalities, more information about the artist, and more new music. That is everything that I have heard people in radio management say that women (and radio listeners in general) don't want.

The things I've heard said about what women listeners make them sound like an ultra-prudish version of Sarah Palin. They don't realize that a female friend of mine, who is 27 years old, is a big fan of Sublime. She and several other female friends of mine love the Pirates of the Caribbean films. Also all my female friends have tattoos. They DO NOT wear Birkenstocks. They DO find Family Guy and Beavis and Butthead funny. These women are not easily offended like so many male radio executives believe. Women want to be entertained. Alan Burns found out these women want radio to be FUN. Burns suggest that if radio doesn't change, the industry could lose a generation of listeners.

Now, how many radio executives and programmers will listen?
Posted by Desdinova at 8:39 PM

I'VE GOT TO RESCUE LINDSAY LOHAN 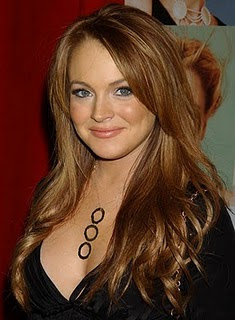 I will not be blogging for a few days. I've got to go do my patriotic duty and break Lindsay Lohan out of jail. I plan to melt the wall of her jail cell with on of my ray guns. First, I'll have to stop at Walgreens and get some batteries for the ray gun.
Posted by Desdinova at 8:55 PM

FORGET LeBRON - THIS IS THE SPORTS HEADLINE OF THE DAY

Reuters.com has this gem: TIRED GAY SUCCUMBS TO DIX IN 200 METERS.
Posted by Desdinova at 1:38 AM 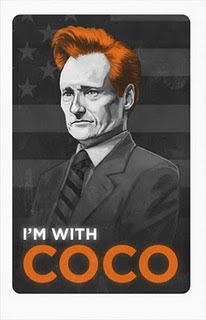 CNN has a story on the Emmy nominations, which were announced today. In an ironic turn of events, "The Tonight Show with Conan O'Brien" was nominated for 4 Emmy awards, even thought NBC replaced him after only seven months with the previous host Jay Leno. This isn't anything new, both Bob Newhart's 1060 variety show and the Smothers Brothers Comedy Hour received Emmy awards after being cancelled, but four nominations must be a record.

Conan said "Congrats to my staff on 4 Emmy nominations. This bodes well for the future of The Tonight Show with Conan O'Brien."

Congratulations to Conan, however, I feel David Letterman should receive a special Emmy for all those jokes he has made about George W. Bush and Sarah Palin. If not an Emmy, at least a Congressional Medal of Honor or rename Missouri "Lettermanland."

Posted by Desdinova at 7:36 PM

One of the great bands I listened to in college and played on the Midnite Snack on KSMU, that you no longer hear on the radio any more. Sad ain't it!

Posted by Desdinova at 2:36 AM

I TOLD UNKNOWN FILMS TO WATCH "PEEPING TOM" AND THEY DID! 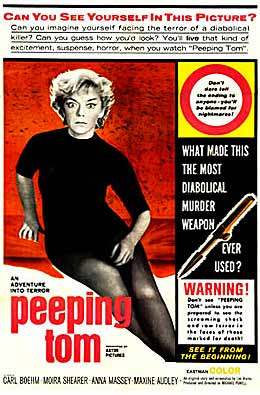 I suggested that the fine folks over at Unknown Films watch Michael Powell's 1960 classic psychological horror film Peeping Tom. Not only did they watch it they wrote a nice review of it. Sounds like they liked it too.
Peeping Tom is sort of the British cousin of another popular film from that year, Psycho. Unlike Psycho, Peeping Tom wrecked the career of director Michael Powell, who mostly made family friendly films.
Posted by Desdinova at 12:33 AM