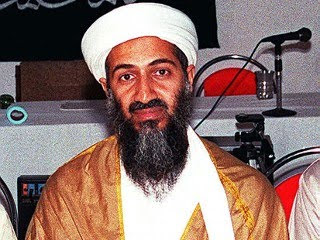 WHY DO I GET FLAK FOR DOING THE PSYCHEDELIC LIMITS ON KSMU? 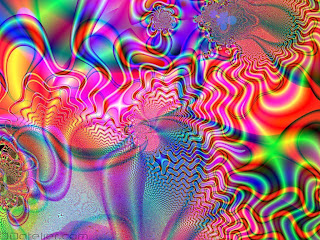 I've mentioned before that my first job in radio was at KSMU-FM. I was one of several young media students who worked overnights as part of a show called the Midnight Snack. We would take in our own got college credit and, most importantly, we got radio experience. Once a month, I would play only psychedelic music on my show with some comedy from the likes of Firesign Theater, George Carlin and Cheech & Chong. I called this segment, The Psychedelic Limits. I was inspired to do this show from a syndicated radio show called Flashback (which didn't air in Springfield at the time - it later ran on KWTO-FM and KKLH), the All-Night Coffee House on KCFX, and Beaker Street. Many of my radio instructors at MSU (then SMSU) told me to mention the show in my resume because "it would show potential employers that I was creative."


For some reason, I have gotten flak from several people in the radio industry (and radio fans too) for doing this show. I was told by one former boss that the show was "unethical" and the "equivalent of pushing drugs on the radio at the tax payers expense." This was from someone who thinks great radio is a program called "Bids for Bargains."


At my current job, my college work gets the same kind of disrespect. I was told the music I played on that show was "hippie" music and "hippies have ruined America." That's funny, I thought it was the Republicans. Oddly enough, "hippies" are still a worry for some of my co-workers. They tend prefer the company of redneck women who talk about blowing people's heads off or old men who wish we would bring segregation back.

I would just like to go on record for saying that the lyrics of most psychedelic songs are more creative and meaningful than most of the country songs that Ozarkers and local radio management find so wonderful (Yes, Desdinova has been forced to play country music in his radio career). I'll give you the lyrics to four songs I played on my KSMU psychedelic show: "Incense and Peppermint" by Strawberry Alarm Clock, "Mister, You're a Better Man Than I" by the Yardbirds, "Requiem For the Masses" by the Association and "Planet Caravan" by Black Sabbath. Now compare these to the silly lyrics of "Chicken Fried" by Zac Brown Band, a favorite of many Ozarkers. I think you can see my point (BTW: Do you hear the line "A yardstick for lunatics with one point of view" and immediately think of Glenn Beck?). Some feel this music is destructive. That is dumb, especially considering that the same people think good radio is having a host wishing for the Springfield school board to die in a car accident or hoping that someone burns down MSU.

Much of this bile from the local industry comes from the fact that this was on KSMU, which is not only public radio, but owned by a state university. I was supposedly "wasting the taxpayers dollars." They could have been spent on something like a war. That would be a much better use of taxpayer money than my training for the radio industry. Oh yeah, I forgot, I should have gotten a MBA.

I just think I'm getting too much heat over something that could have helped the industry. Of course, opinions like this are why I'm considered the Super-Villain of the Ozarks!!! Mwu-HAHAHAHAHAHAHAHAHAHAHA!!!

Enjoy a little psychedelia from the Pretty Things.

Posted by Desdinova at 3:00 AM

There is nothing I hate more than the idea that a doofus with a MBA or experience in some unrelated business (like real estate) knows what is best for the media industry. Many media owners will turn up their noses at hiring people who studied journalism or media in favor of a person with a MBA or no experience at all.

I found this opinion piece from the Christian Science Monitor that criticizes the obsession with MBA degrees. 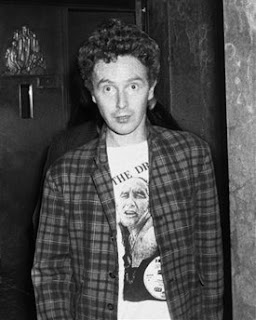 It was one of my goals when I got into the radio industry was to get more of the Sex Pistols music on local radio. With the boom in alternative stations in the 90's, there was at least some recognition by the industry of this groundbreaking group. Sadly, the radio industry felt country music and right-wing talk radio would make more money. WRONG!!! That is one of the reasons radio is in the financial pickle it is today.

The man who guided the Sex Pistols flash fire career, along with Bow Wow Wow and the New York Dolls, Malcolm McLaren has died of cancer in Switzerland at age 64. Here is the BBC story.
Posted by Desdinova at 8:25 PM 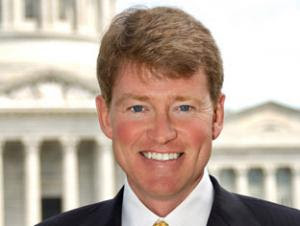 Why is Kansas City radio better than Springfield radio? Because they have the guts to stand up to racist nutcase Frazier Glen Miller. The Radio Business Report has two stories about the fight against local hate-group leader's radio commercials for his "write-in campaign" for U.S Senate. The Missouri Broadcaster Association has asked for assistance from Missouri Attorney General Chris Koster. They say the must-carry rule may not apply to Miller's offensive ads since he is a "write-in candidate."
Also in the Radio Business Report, the Entercom radio cluster, which Miller bought air time on, is going to give his money to the Olathe Chapter of the NAACP and the Jewish Community Relation Board.
Recently, these same ads ran on a Springfield cluster. Only one TV station mentioned it as part of their news. WHERE IS SPRINGFIELD'S OUTRAGE?
Nowhere. Springfield has a bad tendency to condone people like Frazier Glen Miller. We even have local lawmakers who will take up for these characters when law enforcement tries to warn people about them.
Springfieldians and Ozarkers get upset when they hear rap/hip-hop, heavy metal or (yes, even in 2010) psychedelic music on local radio, but if a Klansman's hate filled commercials are fine. After all, he has the thing that matters to Springfieldians & Ozarkers more than anything - MONEY! Greed and racism are considered "good values" in the Ozarks. Luckily, the rest of the state doesn't see it that way.
Of course, opinions like this are why I'm considered the Super-Villain of the Ozarks!!! Mwu-HAHAHAHAHAHAHAHAHAHAHA!!!
Posted by Desdinova at 2:28 AM