IF THIS IS "NOT SUITABLE FOR CHILDREN," HOW COME I TURNED OUT NORMAL 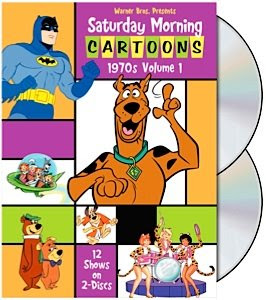 I bought this DVD a few days ago. It is a box set that samples cartoons that ran on Saturday mornings in the 1970's. I watched all of these shows. I was looking the box and noticed a warning label: "THIS IS INTENDED FOR ADULT COLLECTORS. THIS IS NOT SUITABLE FOR CHILDREN."
They also have this same label on the Sesame Street Old School collection, which is the original shows from the 70's which I grew up on.
I feel insulted. I grew up watching this stuff. I'm not in prison. I turned out fairly normal. I don't see the harm in letting kids see this. If I had kids I'd let them watch it. I'd rather my kids watch this stuff than read that Bill O'Reilly book for kids, but that is what makes me Super Villain of the Ozarks!!! Mwu-HAHAHAHAHAHAHAHA!!!
Posted by Desdinova at 9:50 PM 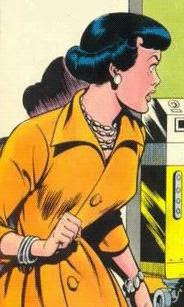 HAPPY MOTHERS DAY TO ALL THE MAMAS! 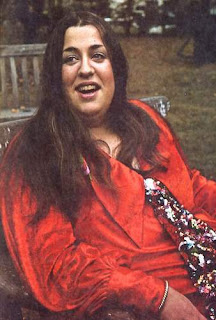 Do something nice for your mama, even if her name isn't Cass.
Posted by Desdinova at 11:42 PM 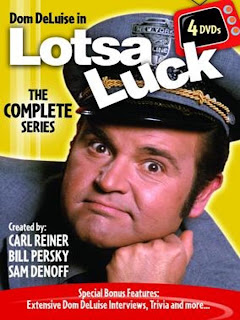 He was one of those guys who you can't name all the great shows and movies he was in. I thought of a few that probably won't be mentioned. He was the voice of the landlord Mr. Ivictus in the Hanna-Barbera cartoon Roman Holidays. He was the weasely guy in Glass Bottom Boat and John Astin's shrink in the Western comedy Evil Roy Slade. He also had a sitcom in the 70's, Lottsa Luck, that was based on the Britcom On the Buses. I'm also old enough to remember that he used to cut Dean Martin's hair everyweek. Here is CNN's story.
Rest in Peace Captain Chaos! Dot-dotta DDDDAAAAAA!
Posted by Desdinova at 9:52 PM

An out-of-work copywriter named Lawson Clarke came up with a great way to attract attention to potential employers. Ad Age's Bob Garfield reports that Clarke created a 70's porn themed website showcasing some of his best work and his half naked body. The site, malecopywriter.com, looks like a Playgirl centerfold with Clarke posing on a bearskin rug with his "best work" displayed on a neo-Panasonic portable TV. When you first arrive on the site the TV is playing, what appears to be, an old "Sign-Off" tape. Maybe that is what this blog needs to attract readers - a picture of me naked.
Posted by Desdinova at 1:13 AM