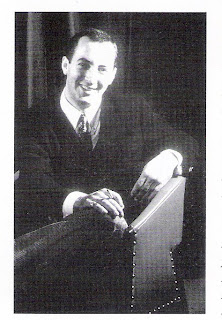 Unfortunately, I never had a chance to see him perform live, but I've heard some recordings of his. I also recognize his name from countless marquees in Springfield during my youth. Local music legend Benny Mahan died over the weekend at age 65. The Springfield News Leader had a nice article Sunday on "The Local King" or music.

I also want to point you in the direction of a post on the Queen City Roller blog. It was posted about Benny Mahan on Saturday.

Tuesday evening, several people on Facebook mentioned his passing. A short time later, KSPR's Joe Daues mentioned he had talked to the family who said Benny Mahan was not dead but in the hospital. I didn't hear anymore, so I posted a message on Art Morris' Missouri Radio Message Board in hopes of hearing from someone who knew how he was doing. I had to keep bumping it because of the clogger/trolls that I mentioned in my previous post.

For some reason the subject of rock and roll and the local music scene upsets the clogger/trolls (They tend to listen to radio stations that don't play music), however, I received an e-mail on Friday from a friend of Benny Mahan's.

"It seems he had multiple bypass surgery on Monday and came through that ok. Sometime after that he had some plaque come loose in the arteries to his brain and suffered a series of mini strokes. He is in ICU and the prognosis is not too promising. Benny has a great love of life and hopefully his love of life will pull him through this. He certainly could use all the prayers you could say for him and if you're not a believer then just think positive and hopefully that will help pull him through this."

On Saturday, I contacted this person about the e-mail and they informed me that Benny Mahan had passed away.

I'm going to allow comments on this post for fans of Benny Mahan's. I will post them as soon as I can get them while screening out the trolls (I'm the unpopular one, not Benny). Also, you could post a message in the thread on the Missouri Radio Message Board (You will have to register).

Posted by Desdinova at 2:16 PM