Let's Give Paris Something to Cry About 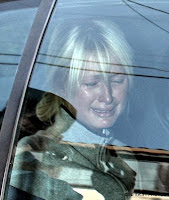 If you read this blog often you know I haven’t taken the Paris Hilton thing very serious. I think that in the long run this is a non-issue. I think there are some Internet sights making this and the cable news networks making this into a big deal. Brad Belote on the KY3 blog has written a great piece on the media’s obsession with this.

Here is my take. Yes, Paris committed a crime. Yes, she should be punished. With that said let’s look at why this is getting so much play on the cable news and Internet.


Frankly, as Brad Belote said there are more important issues. If we looked at those issues we would probably see that they need to be fixed.