I MISS THE CRAIG HALL CROWD & I STILL HATE THE PREPPIES 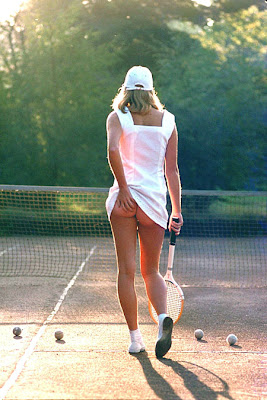 Permit me to wax nostalgic for a bit, but this post has been coming for awhile and it is something I have to get out of my system. I've been thinking about my college years, when I was obtaining my Bachelor of Science in Media. I was just out of high school, away from home and I didn't have a job, so I was able to enjoy myself and have fun.

I found it was easier to make friends with people at SMSU (now known as MSU) than it was in the Lebanon R-3. For one thing, the need to conform to what everyone else was doing disappears in college. Also, I seem to have more in common with the city kids. We tended to like the same music, movies and other activities. We were the "Craig Hall Crowd," because that was where the communications, media and drama classes were held.

The people I tend to hang with in college tended to wear tie dye shirts with peace signs on them or shirts that said "EAT THE RICH" on them. Some even had pink t-shirts with a photo of Howard McNear, the barber from the Andy Griffith Show on the front and the words "PINK FLOYD" on the back. Get it! Yeah, it was funnier in 1987. We tended to drive older model small cars with bumper stickers reading "He who dies with the most toys, STILL DIES" or "Wouldn't be nice if the schools had plenty of money and the Pentagon had to have a bake sale?"

Our dorm room walls were covered in posters of Jim Morrison, Ozzy Osbourne and James Dean, as well as numerous assorted scantly clad women. The only names I can think of for these women were Marilyn (The Seven Year Itch subway grate pose), Farah (These were usually kind of ragged because they had been around for several years), Brooke and Elvira (Yes, THAT Elvira - usually these were Budweiser promotional posters, so you wonder if these guys were more attracted to beer than the big breasted Goth chick). Oh, I cannot forget the Tennis Girl poster (above).

I should point out that there was a boom in psychedelic music and fashion. Part of this may have been because Rolling Stone was celebrating its 20th anniversary and running a lot of retrospective article on the Summer of Love and the 60s. However, as I look back, we may have been rebelling against the "Just Say No" crap that had been forced down our throats in junior high and high school.

There were some people that we didn't like. These people were what we called Preppies. These people were like the villains in a lot the comedy films of the time. While we were wanting to Bluto from Animal House, these people wanted to be Greg Marmalard and Douglas C. Neidemeyer from Animal House. These people took things way too seriously. They were like the people we didn't like in junior high and high school. They were all involved in Young Republicans and came to class wearing ties. They were always business majors of some sort, only interested in money and kissing butt. They were overachievers, who felt Bart Simpson was a bad role model for children. Bad part I see many young college kids now who are exactly like the Preppie kids. Kind of sad when you think about it.

Someone at the Standard gave one of these boneheads a column. I can remember his last name was Seitz, because I thought he was full of baloney. He spread hate toward anyone who didn't think like him and his tie wearing Preppie friends. He probably is either a talk radio host or a weenie blogger. They went to little meetings on Monday night where they listened to speeches by Mel Hancock and Jean Dixon. Needless to say these people were not out having fun like the rest of us.


I guess what has brought this on is the fact I keep running into or seeing the Preppies around Springfield, but the people I liked are nowhere to be seen. Maybe they went back to St. Louis, Kansas City and Chicago. At least one person, went to Hollywood. I see her on TV from time to time. I guess the Preppies were from here in Springfield. I hope my friends are still they way they were when we were in school. After all the Preppies are all still the obnoxious little twerps they were when we were in school.

Of course, opinions like this are why I'm the Super Villain of the Ozarks!!! Mwu-HAHAHAHAHAHAHAHA!!!
Posted by Desdinova at 8:00 AM