THE OZARKS HAS A SPANKING FETISH 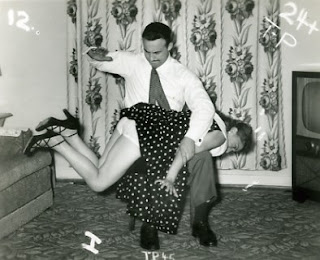 This post has been coming for a long time, but some things I noticed this week have brought this subject to my attention again. The Ozarks has a sick and twisted love of spanking.
Last summer, I was in a fast food place eating here in Springfield. At the table next to mine was about three couples, who were around my age. These were the people who were big into screaming "rules" at their kids like a Marine Corp D.I. "Don't run! Don't touch! Don't make noise! Don't breath!"
These people were talking rather loud, so everyone in the place could hear them, on how they "enjoyed" being spanked by their parents. These people were loudly letting the people in this fast food joint (and probably most of Springfield) that they against "time outs." This woman began breathing heavy while telling about how she enjoyed it. This one guy said "he liked the smell of his father's belt." He then became very giddy as he began telling about how many "lashes" he would get and his eyes began rolling back in his head. I left because I was afraid he was going to ejaculate on me and all the other people in the place.

Let me explain why? My parents didn't spank me because a I was a pretty good kid. If my father or mother raised their voice at me, I broke down in tears. However, I went to a Republican/Sourthern Baptist run gulauge called Mark Twain Elementary in Lebanon, MO. The principal was Betty Chisim Moore, who walked the halls with an inch thick paddle. She also had an inch thick growth of hair on her legs. She looked like a refridgerator with legs and a face like those old women in the Far Side cartoons. The school had a lot of silly type rules like that could accidentally be broken by nice little kids like me. This was so she could have the pleasure of giving at least 50 spankings a day.

I'm sure though Betty Chisim Moore is in Hell giving topless lap dances to guys like Attila the Hun, Cauigula, Hitler and Richard Nixon. If you knew what Mrs. Moore looked like, this image would be enough to make you become a perfect Christian and avoid Hell at all cost.

This woman spanked me once. SHE WAS IN THE WRONG TO PUNISH DESDINOVA! I WAS SMARTER THAN HER AND ALL THE ADULTS IN LEBANON.

But I think this sick and twisted fetish these Ozarkers have with spanking needs to stop folks. Your kids will turn up warped like Chuck Booms instead of cool like me. Of course, opinions like this are why I'm the Super-Villain of the Ozarks!!! Mwu-HAHAHAHAHAHAHAHAHAHAHAHA!!!